Did you know that recent studies show that urban ecosystems present a higher richness of species than intensively managed agricultural ecosystems?  This could suggest that the conditions in the cities are giving these species a place to live without the threats of pesticides, disturbance from machinery or clear cuts after harvesting… isn’t that great? our cities are giving biodiversity a home!

With a growing population, the food demand will also increase. And maybe using urban spaces for food production could be an alternative to avoid agricultural intensification and enhance urban biodiversity. Boom! what a combination! 😉 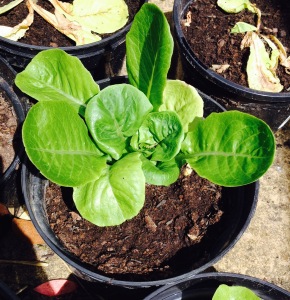 Cuba is an example worth mentioning…Evidence shows that the country has 8000 agro-ecological gardens managed without any chemical pesticide or fertiliser. Such gardens promote the diversity of crops and species, recycle and uses local inputs, and produce considerable amounts of food. In the case of La Habana city, these agro-ecological systems provided with 8500 tons of food, including 7, 5 millions of eggs, and 3650 tons of meat in 1996. Not bad right?

In a pot, in a garden or in an allotment close to your place…lets’s do it!